This week we take a look at an example with some strong positives to raise performance and achieve a 7.0, as well as some common mistakes that students too oft make in Hong Kong.

🔖 This essay was produced by a Hong Kong working professional working in one of the hospitals, who is currently targeting a 7.0.
Comments:

📍 THE IMPORTANCE OF A STRONG FINISH.
Task Achievement solid.
Coherence and cohesion ample.
Grammatical range evident yet with one significant error of a broken down sentence or instance of solecism.
Grammatical accuracy evidences persistent errors such as with passive voice, parsing or parts of speech, awkward prepositions, missing subjects, a very damaging error, and missing determiners or indefinite article, as well as overuse of the definite article, a minor error in terms of the detrimental impact on performance.

One hiccup with a complex sentence essentially derailed the attempt, as well as some collocation and parsing issues.
A strong plus, however, in the conclusion paragraph served to raise performance considerably, as the sample demonstrates as advised, a triple example of at least 3 complex conjunctions, and fortunately, with zero mistakes. If the paper had just a few less errors, this would definitely be a reliable 7.0
.
想免費試堂 👉 http://bit.ly/2UFEDJD
:
= = = = = = = = = =
地址: 灣仔駱克道 114-118 號嘉洛商業大廈 5 樓 A 室
Tel : 3543 1522
:
Whatsapp : https://wa.me/85268932956
:
Inbox : m.me/hkeel.hk
:
#English #Course #Tutor #Summer #Discount #IELTS #Offer #BritishCouncilhk #英國文化協會 #englishtown #wallstreetenglish #wsehk #DSE #PrivateClass #英文 #補習班 #雅思 #英語導師 #jamestips 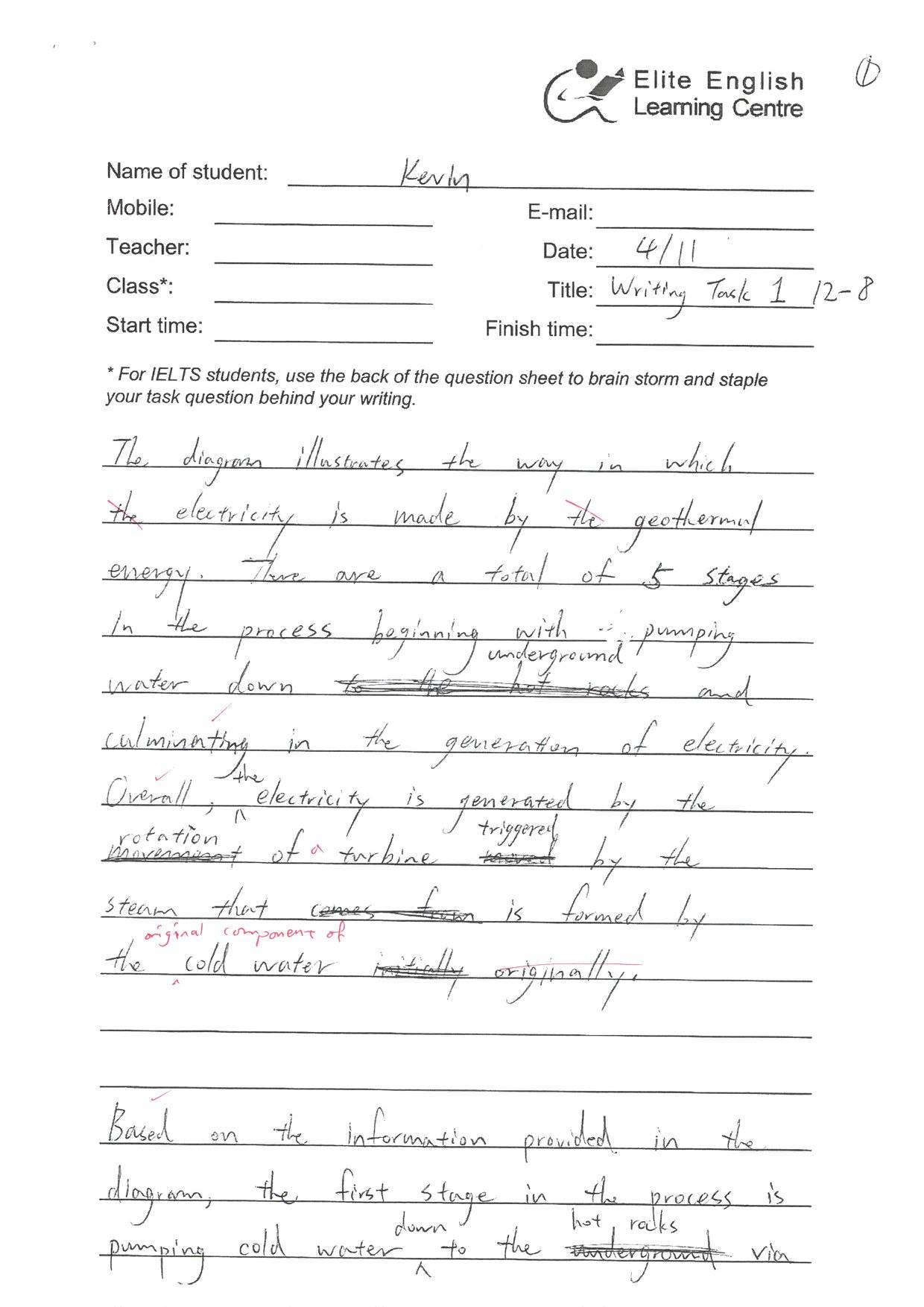 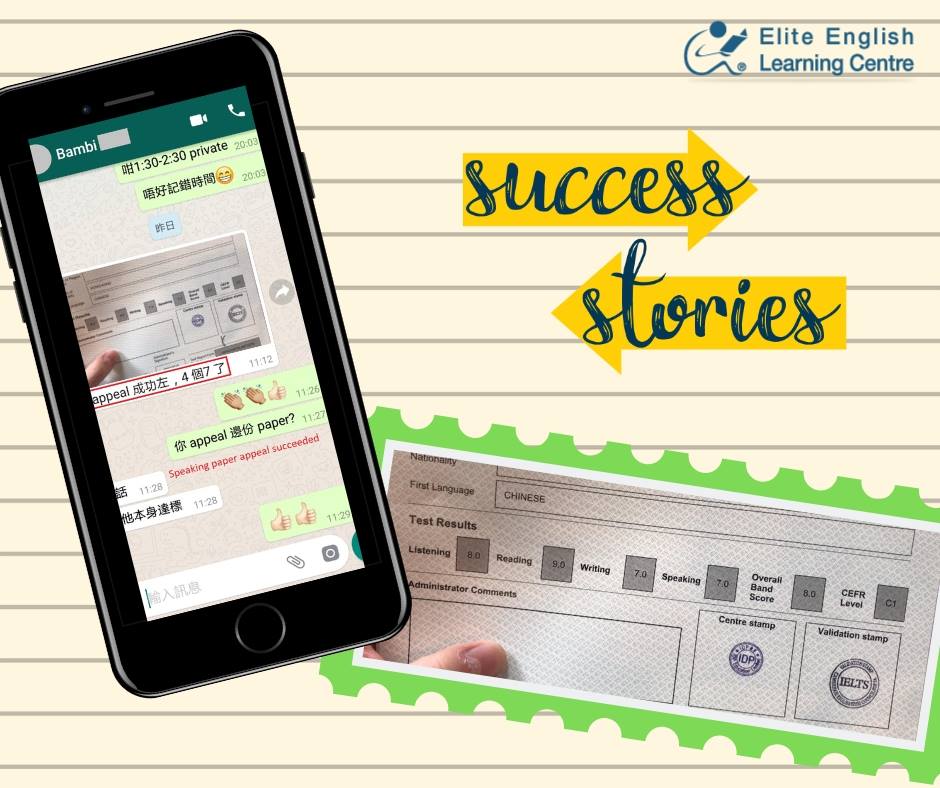 This week we have a look at probably the singular most common mistake in HK-Chinglish that basically all of the candidates who fall below a 7.0 invariably make.

The following essay was written by a working HK professional in the IT industry who is currently targeting a 7.0 yet consistently achieves only a band 6.0.
.
✅❎ James’ comment on the student’s work:

The most common mistake the candidate, like so many others, repeatedly makes, is incoherence due to confusing the singularity or plurality of subject verb, indicated repeatedly in the essay by an S unequal to a P for singular and plural dissonance.

Next the candidate makes parsing errors, confusing verbs with nouns and in the process likewise confusing prepositions, all now corrected.

Spelling errors are not tolerated at the 7.0 band level.
Lexical Resource is somewhat limited and while not an absolute disqualification, nonetheless the candidate could benefit by improving the lexical arsenal.
Some very serious errors of solecism, or flat out broken sentences, are noted, and corrected, indicating the candidate’s gaucherie or inability at handling more complex sentence structures. 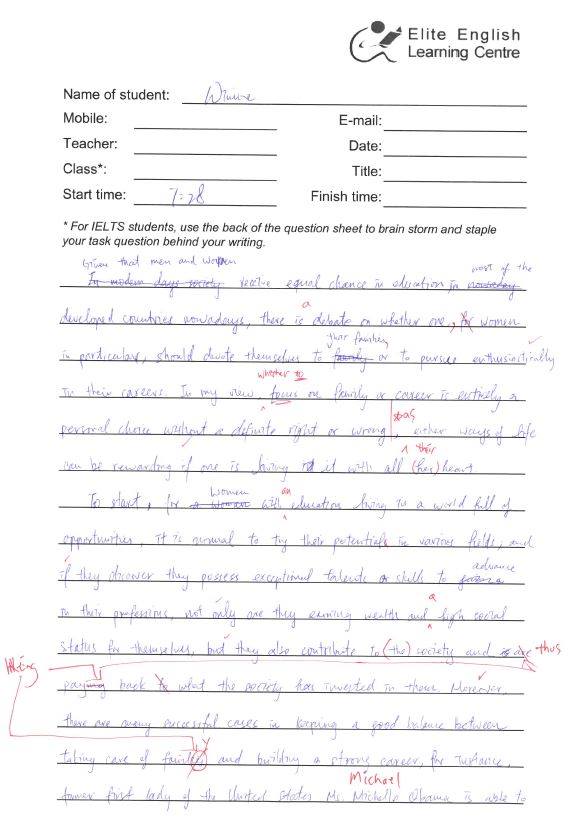 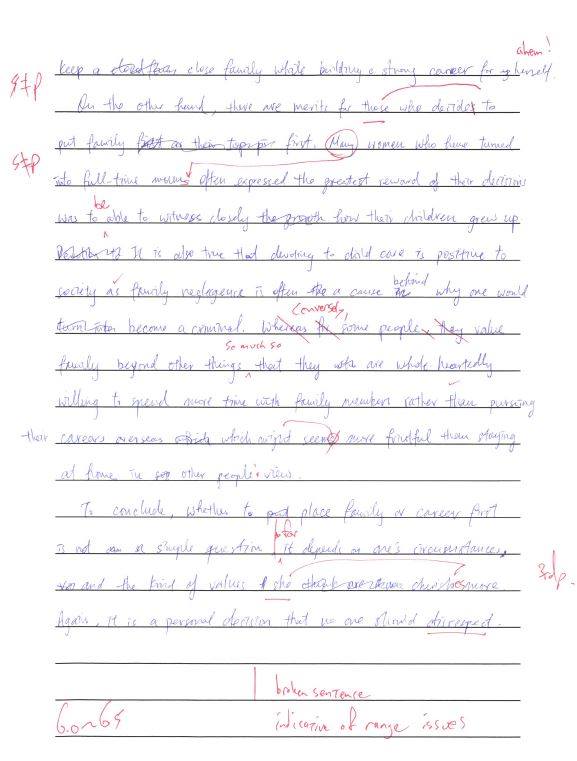 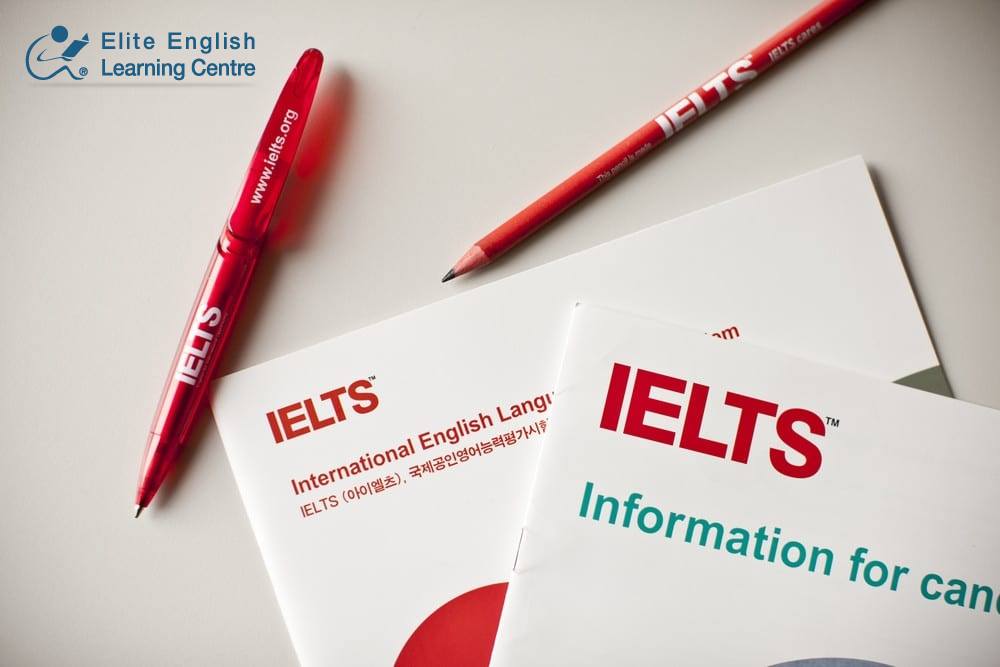 This week we will take a look at a very typical example of a reasonably proficient second language English speaker who is also a Hong Kong working professional.
.
The candidate is targeting an 8.0 yet due to making some of the most common ‘HK-Eng’ mistakes, is therefore only a the global average for females level of 6.0 in writing.
Can you spot the most damaging mistake?
.
✅❎ James’ comment on the student’s work:
The candidate’s task achievement, and coherence and cohesion, are sound.
A conspicuous lack of complex sentence structures is decisive in lowering the mark, which coupled with a patent lack of more sophisticated lexical items, results in the band’s foregone conclusion.
.
However, the worst and most common mistake the candidate has made, is the repeated incoherence of singular and plural conjugation between subject verb and object. This is even more damaging to the spelling errors, lack of sign posting through the use of discourse markers, inept use of prepositions, or unnatural and inappropriate lexical choices.
.
想免費試堂 👉 http://bit.ly/2UFEDJD
:
= = = = = = = = = =
地址: 灣仔駱克道114-118號嘉洛商業大廈5樓A室
Tel : 3543 1522
:
Whatsapp : https://wa.me/85268932956
:
Inbox : m.me/hkeel.hk
:
#English #Course #Tutor #Summer #Discount #IELTS #Offer #BritishCouncilhk #英國文化協會 #englishtown #wallstreetenglish #wsehk #DSE #PrivateClass #英文 #補習班 #雅思 #英語導師 #jamestips 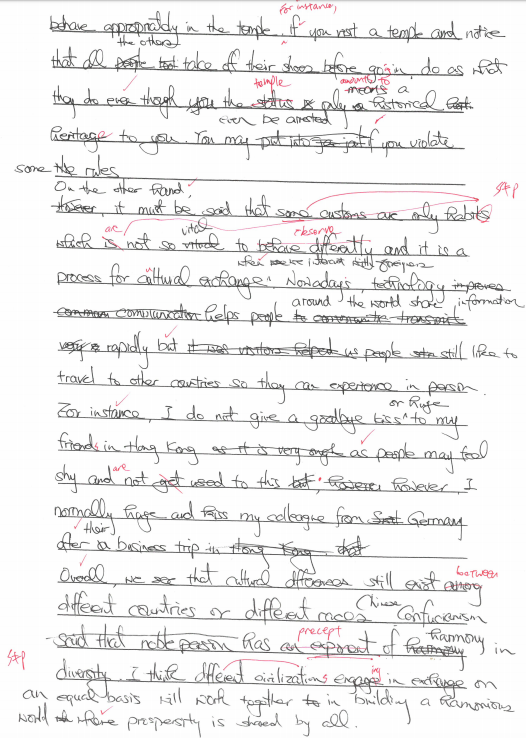 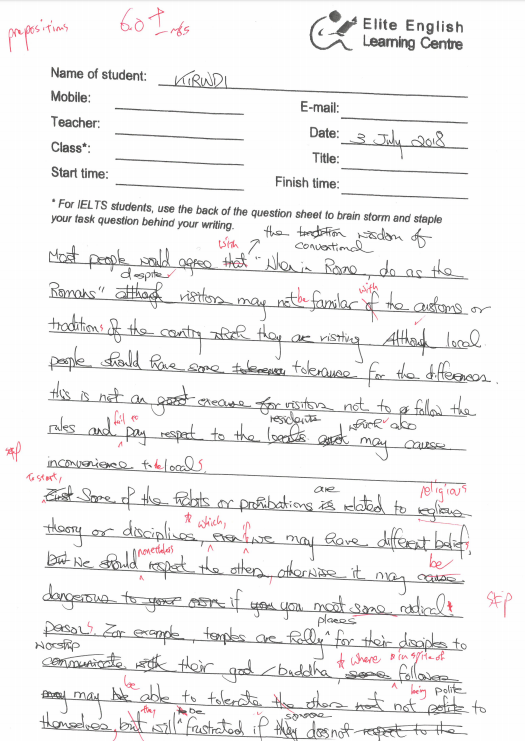 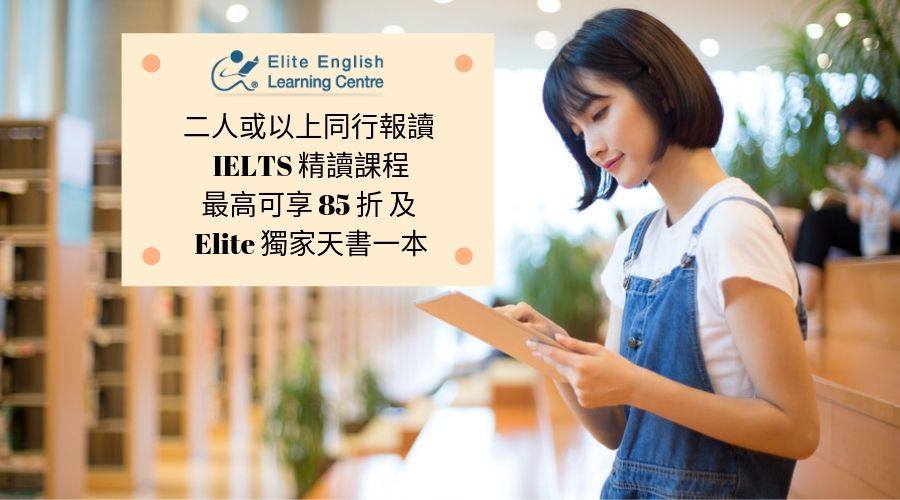 This week we look at a sample by a HK working professional currently targeting a 7.0.
📒 Can you spot the positive and negative objective marking criteria?
1. DO NOT FORGET THE REFERENCE
2. more linkers
3. singular plural incoherence
4. “and” does not qualify as range
5. more descriptives
6. syntax
7. missing “be” verbs
8. conjugation
9. definite article usage
10. prepositions
📘 Comments
Task Achievement is sound; coherence and cohesion lacking due to failure to reference. Some range is evident. More linkers and descriptives could raise performance. Failure to reference will incur a significant penalty, up to 2.0 TA penalty, per examiner prerogative. Spelling errors, singular plural incoherence, and conjugation errors are not tolerated at the 7.0 level. Finally, whereas task 1 is only 40% of the band, theoretically, in practice, it is 100% of the first impression which will influence interpretation of the task 2, and thus, should be done carefully.
想免費試堂 👉 http://bit.ly/2UFEDJD
:
= = = = = = = = = =
地址: 灣仔駱克道114-118號嘉洛商業大廈5樓A室
Tel : 3543 1522
:
Whatsapp : https://wa.me/85268932956
:
Inbox : m.me/hkeel.hk
:
#English #Course #Tutor #Summer #Discount #IELTS #Offer #BritishCouncilhk #英國文化協會 #englishtown #wallstreetenglish #wsehk #DSE #PrivateClass #英文 #補習班 #雅思 #英語導師 #jamestips 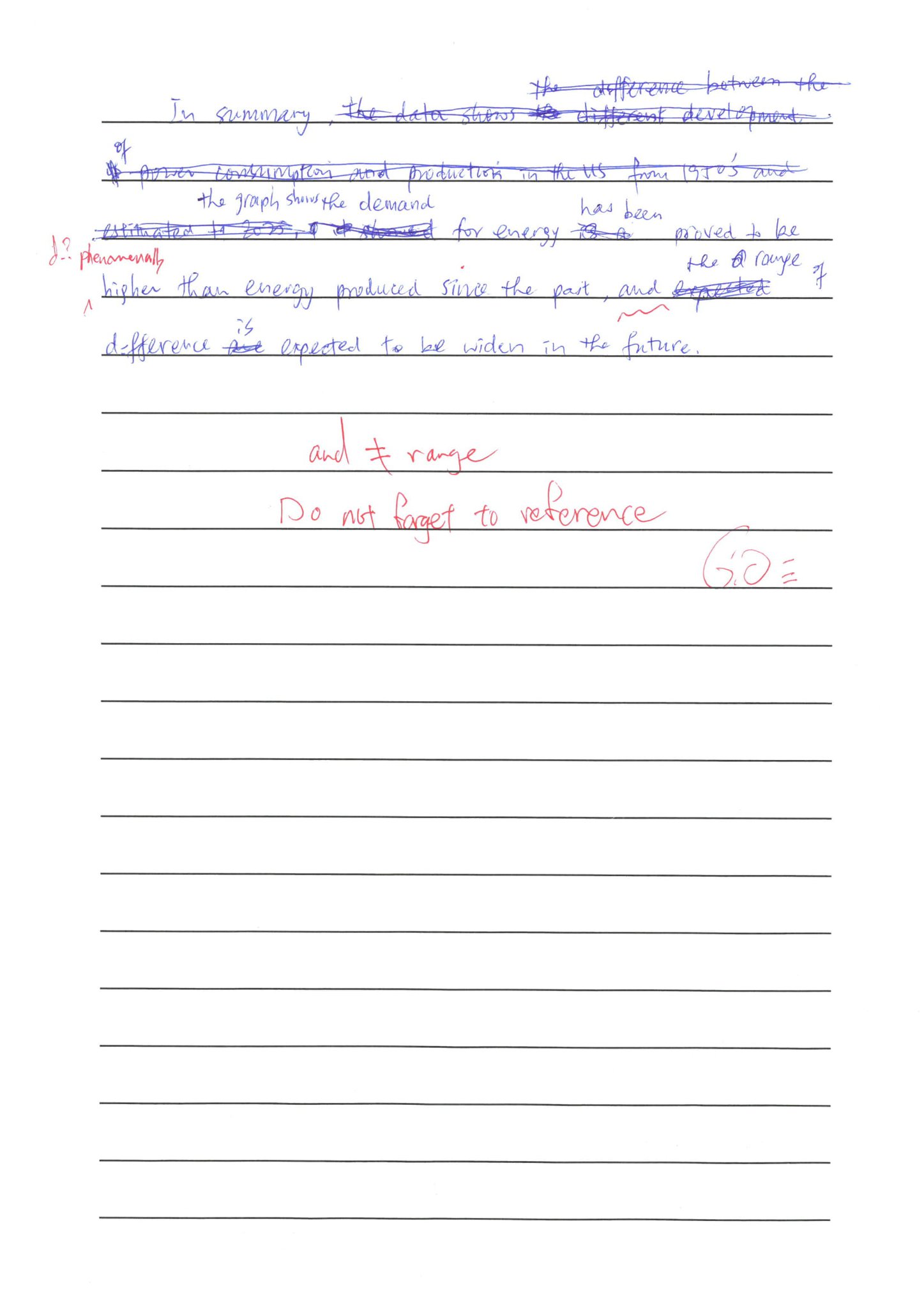 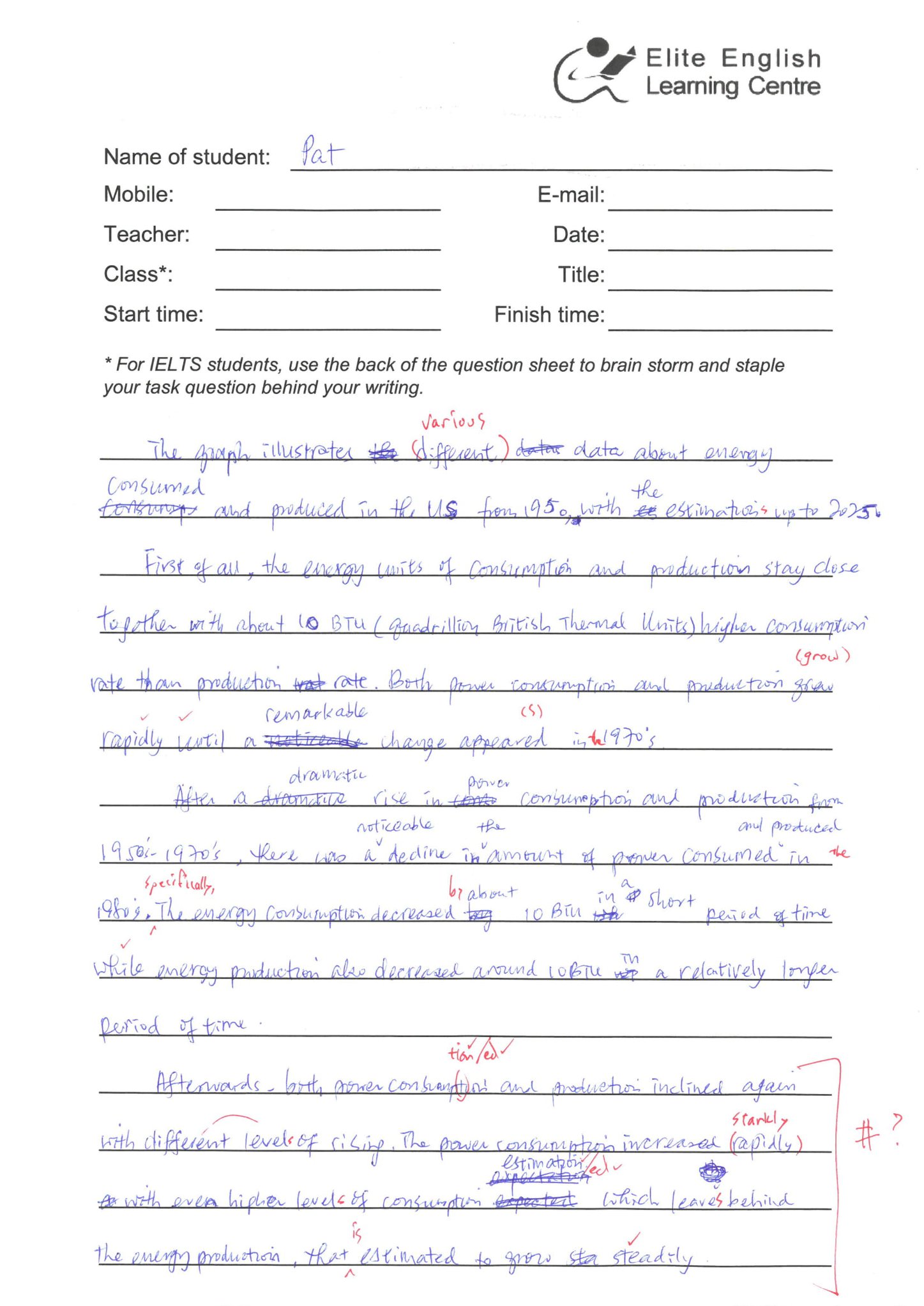 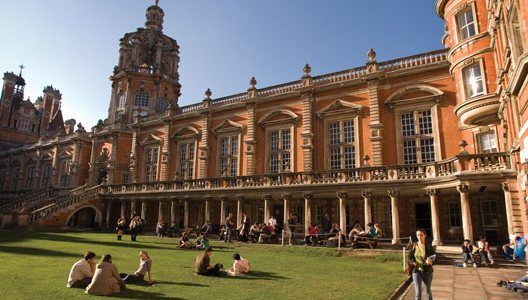