The following sample was produced by a working professional targeting an 8.0 who currently has the skill level of approximately a 6.0.

Can you spot the most damaging mistake types?

✅❎ James’ comment on the student’s work:
First and foremost, the writer uses “and” ad nauseum, at least 4 times, which is an immediate red flag indicating a patent lack of grammatical complexity, ie, she’s lucky to get a 6.0. Simply put, overuse of “and” will NEVER get a 7.0 Secondly, the writer makes numerous third person singular mistakes, at least 2, even one of which, would otherwise lower a 7.0 down to a 6.5 even IF the writer had demonstrated a plethora of complex sentence structures, which the writer did not in the first place.
What’s more, the writer fails to use any articles, whether “a, an, the” but uses only infinitives, without awareness to neither singular nor plural. A slightly less damaging error, but given the error type is one that tends to “echo” through the essay repeatedly, is always decisively negative.
Finally a lack of linkers and sign posting indicate lack of sophistication and gloss, which gives itself a coup de grace as far as a 7.0 is concerned, with spelling errors.
Spelling errors, even a single instance, are not tolerated at 7.0.
.
想免費試堂 👉 http://bit.ly/2UFEDJD
:
= = = = = = = = = =
地址: 灣仔駱克道114-118號嘉洛商業大廈5樓A室
Tel : 3543 1522
:
Whatsapp : https://wa.me/85268932956
:
Inbox : m.me/hkeel.hk
:
#English #Course #Tutor #Summer #Discount #IELTS #Offer #BritishCouncilhk #英國文化協會 #englishtown #wallstreetenglish #wsehk #DSE #PrivateClass #英文 #補習班 #雅思 #英語導師 #jamestips 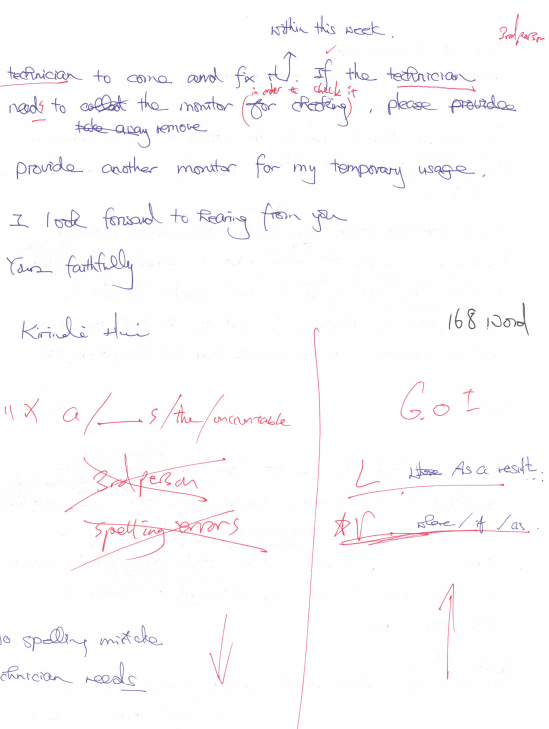 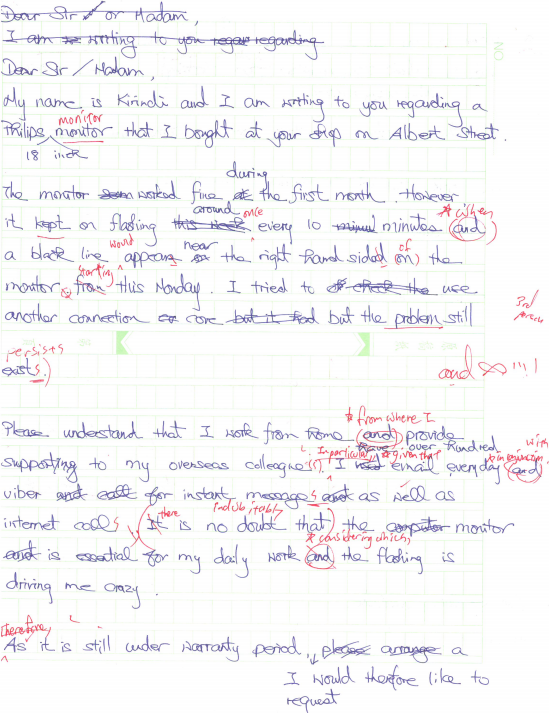