Next the candidate makes parsing errors, confusing verbs with nouns and in the process likewise confusing prepositions, all now corrected.

Spelling errors are not tolerated at the 7.0 band level.

Lexical Resource is somewhat limited and while not an absolute disqualification, nonetheless the candidate could benefit by improving the lexical arsenal.

Some very serious errors of solecism, or flat out broken sentences, are noted, and corrected, indicating the candidate’s gaucherie or inability at handling more complex sentence structures.

This essay is consistent with a 6.0, despite the presence of a modicum of complex sentences, which are the only saving grace that did not render the essay a 5.5. 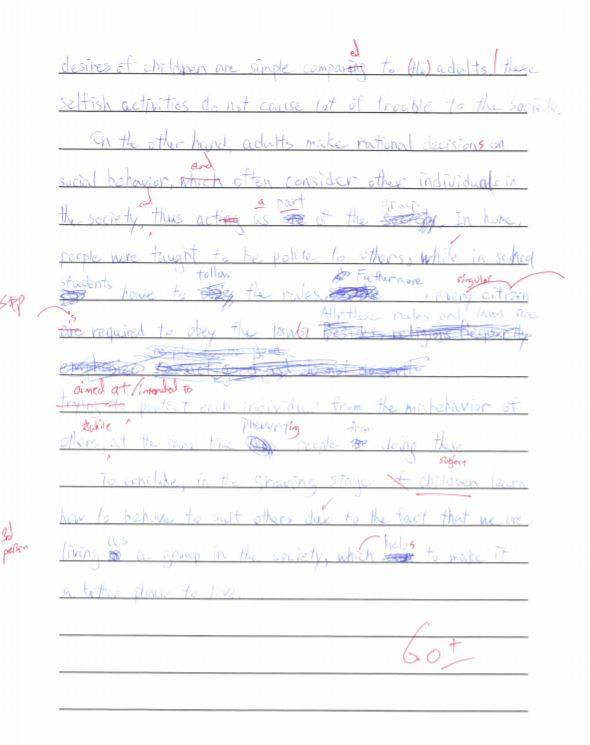 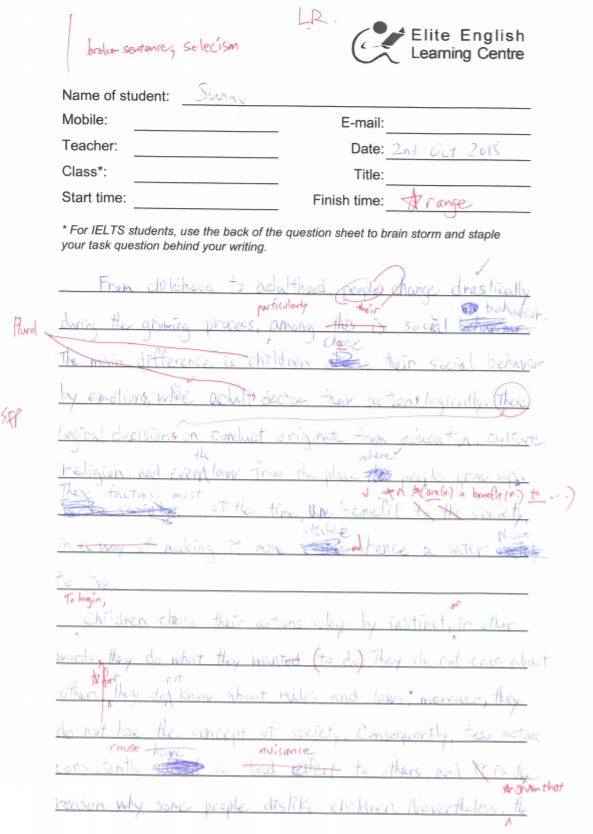